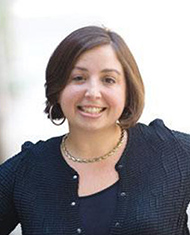 Jessy Tolkan is the former Executive Director for the Energy Action Coalition, a coalition of 50 leading youth organizations throughout the US and Canada rallying for a clean energy future. Under her leadership, the Energy Action Coalition became a growing generation-wide movement to stop climate change by advocating for green jobs, stopping new coal plants and making young people’s voices heard in policy debates. In 2007, Jessy helped to plan the largest youth gathering on global warming in US history called Power Shift. Power Shift was a youth conference that brought together more than 6,000 youth representing all 50 states and culminated with the largest single lobby day on Capitol Hill on the issue of our climate crisis. Since then, Power Shift has spread around the world, with climate youth summits held in United Kingdom, Canada, Australia, India and more. Prior to her work at the Energy Action Coalition, Tolkan helped to register more than 130,000 young voters for the New Voters Project and in 2004, produced one of the highest youth turnout rates in the country. She’s been featured in Time Magazine, Hard Ball with Chris Matthews, and Vanity Fair.