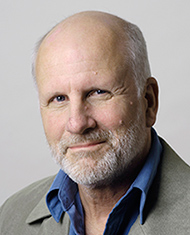 Tony Clarke is the founder and director of the Polaris Institute, which works with citizen groups in developing new tools and strategies for bringing about democratic social change in an age when corporate power dominates public policy making. The Institute’s current campaigns include the Alberta tar sands and water justice issues. Clarke is the author or co-author of 10 books, including ‘Blue Gold: The Fight to Stop the Corporate Theft of the World’s Water’ (2002) and ‘Tar Sands Showdown: Canada and the New Politics of Oil in an Age of Climate Change’ (2008). As a longtime political activist, Clarke was the chair of the Action Canada Network, a nationwide coalition of the country’s major labour union and civil society organizations, which led the battle against the 1988 Canada-United States Free Trade Agreement [CUFTA] and the 1994 North American Free Trade Agreement. He also serves on the board of directors of the Canadian Centre for Policy Alternatives and the International Forum on Globalization. As a result of his activist work, Clarke was awarded in 2005 Sweden’s Right Livelihood Award (better known as the ‘alternative Nobel prize’), along with Maude Barlow.